Some of The Most Painful Insect Stings In The World

Some of The Most Painful Insect Stings In The World

Here in Forth Worth Texas, there are a lot of insects with nasty bites. The worst we have here in the Lone Star State are tarantulas and scorpions. Imagine getting bitten by one of these insects? Most of us wouldn’t dare to imagine what a bite from one of those insects would feel like. But just in case you were curious, there is one man who has made a name for himself by getting bitten and stung by insects all over the world. Justin Schmidt is an entomologist who made it his mission to rank the pain of hundreds of insects so we wouldn’t have to. So if you were ever curious about what it felt like to get stung by a tarantula hawk wasp or a bullet ant, read on! 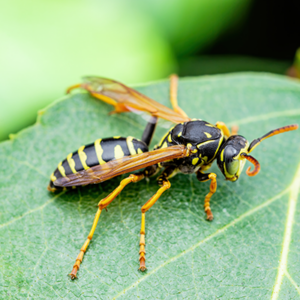 Let’s start with a sting that almost everyone can comprehend. Yellowjackets are notorious stingers because of their aggressive behavior. They make their nests in inconvenient places like holes in the ground, hollow logs, old farm equipment, and inside barns, basically, any site you don’t want them to be. Yellowjackets and other common wasp stings are painful, yet they only rank two on Schmidt’s Pain Index. Schmidt describes the pain as “hot and smoky, almost irreverent. Imagine W. C. Fields extinguishing a cigar on your tongue.”

Velvet ants are as beautiful as they are terrifying. Velvet ants aren’t ants at all but a type of wingless wasp. As a rule of thumb in the insect kingdom, the brighter the color, the more painful the sting. This rule applies to the velvet ant with its thick, coarse hairs of orange and black. Just to give you a hint as to how painful a velvet ant sting is, their nickname is the “cow killer.” Schmidt rates velvet ants as a three on his pain index. Schmidt describes the pain as “hot oil from the deep fryer spilling over your entire hand.” Another terrifying fact about velvet ants; they have the longest stinger relative to body size in the insect kingdom.

With a name like Warrior wasp, you’d expect it to have a very painful sting, and you’d be right.

Usually found in the jungles of South and Central America, the warrior wasp can grow up to two inches long and have jaws that are longer than its front legs! Schmidt rates it a four and describes it as “Explosive and long-lasting.”

How big does a wasp have to be to incapacitate a tarantula? Apparently 4 inches with a stinger 1/3 to 2/3 of an inch long. The venom that tarantula hawk wasps inject into their prey is designed to paralyze it but not kill it. This is because the female lays her eggs inside the spider and once the eggs hatch, the larvae feed on the still-living spider.  Tarantula hawks live solitary lives and can be found hunting tarantulas across South and Central America and even in some parts of the southern United States. Schmidt rates the sting a 4 and says that being stung by the tarantula hawk wasp is “Torture. You are chained in the flow of an active volcano. Instantaneous, electrifying, excruciating, and totally debilitating. Blinding, fierce, like a running hairdryer, has been dropped into your bubble bath.” I’ll take his word for it. 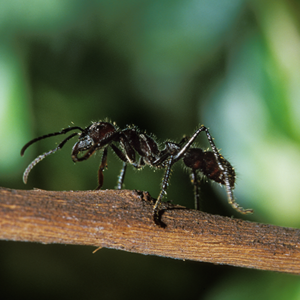 If you thought that the tarantula hawk wasp had the most painful sting in the world, try being stung by the Bullet Ant. A sting from a bullet ant will make the sting of a fire ant feel insignificant in comparison. Thankfully we don’t have any bullet ants living in Texas; however, they live in the Amazon. The ants are used in a ritual of the Satere-Mawe Tribe in which young men are forced to stick their bare hands into woven gloves filled with bullet ants. They don’t have to endure one bite as Schmidt did; they have to take continuous biting for ten whole minutes!

Schmidt describes a bullet ant sting as “pure, intense, brilliant pain. Like walking over flaming charcoal with a 3-inch nail embedded in your heel”. A bullet ant sting can cause sweating and muscle spasms and can last up to 24 hours!

Thankfully we don’t have any of the stinging insects mentioned above but we do have lots of mosquitoes. Mosquito season in Texas is practically year-round. Don’t let them keep you from enjoying your outdoor spaces this winter. Call the experts at DFW Mosquito and get set up on a year-round mosquito control program that will keep these pests out of sight and out of mind.

Are you hosting a special event such as a graduation, wedding, birthday, or holiday on your Forth Worth area property and don’t want your guests running home in fear? Call and ask about our mosquito control for special events.

After you sign up, our mosquito control specialists will assess your property and create a program that fits your needs. Give us a call at  (817) 615-4944 or send us a message. Don’t forget to follow our blog for helpful mosquito control tips in Texas. And want to connect with us on social media? You can find us on Facebook, Twitter, and Pinterest.